Growing up can be challenging for both a child and their parents. The challenges sometimes come in phases giving us titles like the terrible twos. Surviving the terrible twos isn't so bad once you recognize what it's all about. Like many of the frustrating phases a child lives through, they are trying to learn independence. That's really what it's all about anyway. Recognize it as a step in that process of gradually transferring the responsibility from your shoulders to theirs. It's a good thing. Otherwise you'd still be doing everything for them when they were thirty-five.

Teens are also known for their indepentant spirit. These years are often referred to as challenging. But they are the years when teens are trying to become adults. What isn't hard about that?

The age I wasn't prepared for was twelve. My oldest daughter has always been easy going like her dad. About the time she turned twelve she went through a phase of stubborness, which is extreme for her. Because she is so mellow I didn't recognize what it was until my second and third child reached that age. One of them was a moody twelve and one was an angry twelve. As I've watched these three and those children who followed I've realized that each 'twelve' looks a little different, but there is something perplexing about that age. After years of raising children I am convinced it is the most challenging age of all.

It makes sense though. At twelve they are leaving childhood, experiencing hormones, and having more expected of them. It's a time of trying to figure out who they are and start becoming that. That's huge. 'What do you want to be when you grow up' starts taking on a different meaning when they are twelve. Honestly though, it needs to. This is the age when it is natural for them to go from just asking questions to asking why. They question why they have to do something you ask them to. But it may not be that they are trying to be beligerent. Perhaps they really want to understand why your family has always done things a certain way or why a particular thing is expected of them. Taking time to help them understand will be like an investment in the rest of their teen years. If they learn to understand the value in helping around the house or coming home when its time the teenage years will be easier. (Not perfect, but easier) Twelve is like a bridge and the experience they have on that bridge can help determine how they deal with life when they get to the other side.

When your twelve-year-old (or almost twelve-year-old) starts questioning your authority or making life hard for the rest of the family take time to help them understand. The best way I know to do this (if you are a religious family) is to pull out the scriptures and and find something in the word of God that teaches the lesson you are challenged with. My children respond differently when I can lovingly back it up and show them its not only important to Mom.

Have you found any other secrets for helping a child through any of these tough phases? Please share. 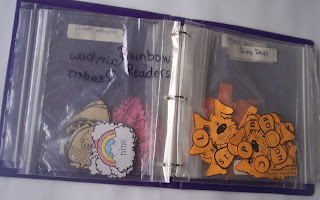 Lost pieces and the struggle to keep it all organized will make any mom wonder why they are they are trying to use file folder games. However, you can’t beat the fact that they are an inexpensive, hands-on way to help children learn. File folder games make everything from drilling the math facts to understanding homonyms more interesting. So we must organize.


But how? Methods for organizing file folder games are as diverse as people. Here are some ideas for organizing. Hopefully you can find one that works for you.

These are only a few ideas. Do you have any other thoughts on keeping your file folder games organized? 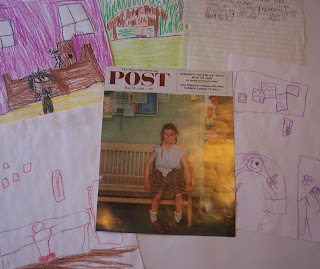 Norman Rockwell made life look interesting. He took the most ordinary and added characters that make us smile. The work of Rockwell and other artists can be appreciated by creating an art appreciation notebook. Years ago at a Charlotte Mason conference, Erlyn Barlocher gave a presentation where she taught how to do this. I’ve may have made adjustments to what she taught there, but here is what we’ve done.

Choose an artist and find prints of several paintings. You will study one painting every week. Using paintings from the same artist for six weeks in a row brings familiarity with that artist’s work. One place to find collections of paintings is in calendars. It's most exciting when I find them discounted because it's several months into the year and they are surplus.

Use the following schedule outline of activities to develop your notebook. There are activities for four days, giving you some flexibility in your school week.


Note: Finding the paintings can be the most challenging part of this activity. Do you know other places to find inexpensive prints?