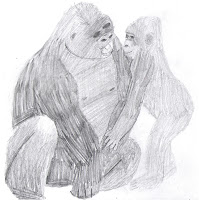 I've been looking back through the homeschool projects we've done over the years and I came across our animal notebook. It's interesting to look at it now and see some of what the kids added to the notebook. I'm also noticing things we could have done to make it even more effective.

When they were younger we used to buy a yearly pass to the zoo and make alot of trips, learning all we could by visiting the animals. My children were so fascinated with animals that whenever I gave them a choice of a non-fiction topic to study, they almost always chose an animal. 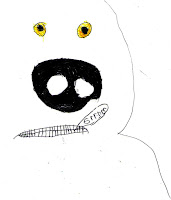 The animal notebook started as a collection of animals we studied. It started when I only had two young children. As they grew and more children joined our family we pulled it out again later and  added more. When we studied a particular animal we woould make a page where we cut out all the pictures of that animal that we could find. The kids each drew their own pictures of that animal which are a precious record of their drawings now. We included a fact sheet that listed all the information we learned about the animal. The questions we tried to answer with each animal were as follows:
Looking at this list now I can think of lots of other questions we could add to it. But when we started it, we were probably looking for something basic, since they were still very young.
The one thing that really strikes me now as I look at it is that I should have had them all writing something to add to the book. A creative story about that animal or something they learned. Even if they told me the story and I had written it down that would have helped them with their writiing skills. But overall if there is one thing I regret, its that I didn't require them to write enough.

It's fun to look back through projects like this. The bring back memories of different times in our homeschooling lives.

Tell us what fun project you are working on with your children.

I have given you the Liebster Award, follow this link to get it